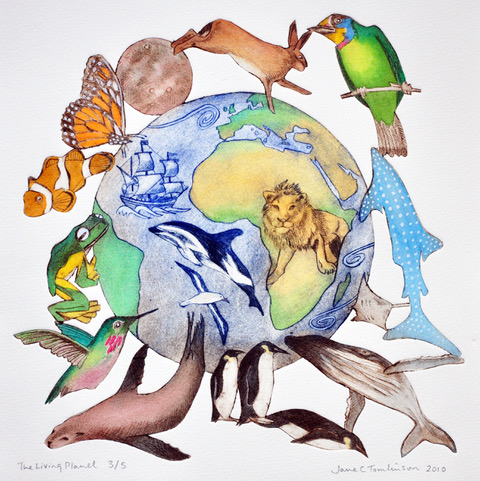 The UN Convention on Biological Diversity (CBD) is where the world agrees on global policy for Nature. The CBD is currently negotiating a post-2020 Global Biodiversity Framework (GBF). We are advocating for the incorporation of Rights of Nature into the GBF.

On July 12, 2021, the CBD Secretariat released the first official draft of the GBF with a view to realizing the 2050 vision of a world living in harmony with Nature. In doing so, this draft removed the enabling condition to “[c]onsider and recognize, where appropriate, the rights of nature” previously included in the zero draft.

In August 2021, we released a recommendation for the re-incorporation of Rights of Nature in the GBF, which has since received an on-going list of support from over 200 organizations and individuals across 40+ countries (see below). The recommendation called for the definition of ‘rights-based approaches’ to include Rights of Nature as well as human rights-based approaches.

Since then, Rights of Nature/Mother Earth has received ample support following treaty negotiations. Importantly, the Draft recommendation submitted by the Co-Chairs at OEWG-4 in June 2022 includes Rights of Mother Earth language currently [in brackets], meaning it is subject to adoption during COP-15 in Montreal, Canada from December 5-17 this year. We commend the efforts and ambition of the global community in developing a strong biodiversity treaty, especially one that is inclusive of the plurality of values and relationships with Nature.

Stay in touch with the initiative

Get in touch with the CBD Focal point of your country, see list here